Saeed Ajmal A modern-day Off spinner 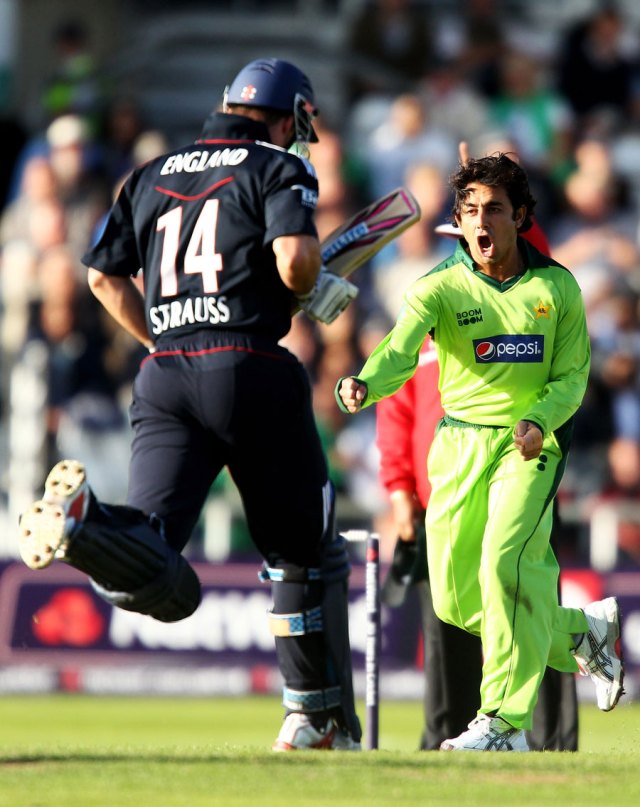 In the recent past a name arose very quickly in the world of cricket which got fame in no time. He is none other than the famous Pakistani off spinner Saeed Ajmal. He is known for his contemporary style of bowling and relies mostly on doosra in comparison to other flight and speed variations. The guy made a comparatively late appearance on the international scene, when he was 30, but he is doing the best for making up for the lost time.

Saeed joined the Pakistan squad for the first time in Asia Cup 2008 after having one really impressive season at the domestic level. His debut was against India in the same series. Immediately he made a positive impression with the subtle variations that he has got, not afraid of making use of his doosra. But the career of this guy took off through series of great performances in the ODIs which bewildered the team Australia in Abu Dhabi and Dubai. Few runs were given away by him and the doosra he bowled was almost unreadable.

Ajmal’s popularity kept on increasing and he had some excellent time in ICC World T20 in 2009. Throughout the tournament he bowled economically and took wickets regularly.

On his return Ajmal was picked for tour of SriLanka where, in Test matches, he came up with some solid performances and, in two test matches, was picked up ahead of the leg break bowler Danish Kaneria.

In the month of April in 2009, the umpires reported him for having suspicious bowling action. But later on, the next month, he was cleared in an independent test by ICC and continued his international cricket journey.

In ICC World T20 of 2010 he continued with his superb form and was the top wicket taker in the Pakistani team. But still despite of the good form he conceded 3 sixes to Mike Hussey when Australia was in great trouble and he turned out to be the unlucky bowler who was given the responsibility of bowling the last over.

The excellent run of this great modern Pakistani bowler continued and recently in the ODI series against Srilanka he bowled superbly and grabbed 11 wickets in the 5-Match series bowling out main batters from the opponents. At the end of the series Ajmal was ranked at the top place in ICC ODI Bowlers Ranking with 693 points. The off-spinner has got to the top for the first time I his cricketing career and hopefully will try to retain that top place in the coming months.

The journey hasn’t yet ended and he is continuously doing wonders for Pakistan and has been named as the Man-of-the-Match in many ODIs with some of his superb bowling spells.

Crystal J. Briscoe is from Self Test Engine. Looking for IT help? Let’s take advantage of Self Test Engine self paced training and  000-281 Questions to pass exams on first try.

Yasir Imran is a Pakistani living in Saudi Arabia. He writes because he want to express his thoughts. It is not necessary you agree what he says, You may express your thoughts in your comments. Once reviewed and approved your comments will appear in the discussion.
View all posts by Yasir Imran →
This entry was posted in Sports and tagged Ajmal, Bowlers, Danish Kaneria, Pakistan, Pakistan Cricket, Pakistani Bowling Attack, Pakistani Cricket, Pakistani Spinners, Saeed Ajmal, Spin Bowling, Sports, Sri Lanka, SriLanka, Test cricket. Bookmark the permalink.